Okay, so aparently Sofia the First is really good. I wouldn't call it an obsession really, but I really think this one villian is really cool. Princess Ivy. The show was on, an episode called "The Curse Of Princess Ivy" that I sat down and watched even though I missed the begining. It was so freaking good... Um so yeah. Last night I was watching parts of it and her song, taking screenshots... Now I have a custom folder for her and the only other thing with a custom folder is Draco. Sort of odd thing... But it honestly was really good and I extremely wish it was on when I was in the "age range" type thing. I watched it about a week ago but it was on again and I caught the begining. So there you have it, lool. 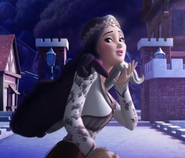 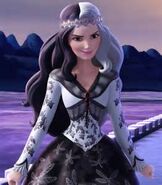 Add a photo to this gallery
Retrieved from "https://meep-comp.fandom.com/wiki/User_blog:Designer_TayTay/Obsession%3F%3F%3F?oldid=28431"
Community content is available under CC-BY-SA unless otherwise noted.